Sure there are the horses, the hats, and the legendary racetrack, but May seventh’s 148th running of the Kentucky Derby at Churchill Downs has our brains on bourbon. Not only did this iconic American spirit get its start in the Bluegrass State—the most famous bourbon distilleries are still based there—the Derby’s official cocktail is also the classic, bourbon-laced mint julep. So if you’re thinking of hosting a get-together that includes friendly wagers and fancy hats, consider adding bourbon to the menu.

Of course, there will be plenty of cocktails to consider, but bourbon’s many culinary virtues extend far beyond the bar. Whether you go sweet, savory, or stick with those sips, these recipes are sure winners (even if your horse isn’t one).

Of course, the most obvious recipes for bourbon are those of the cocktail variety. We’re especially fond of the quintessential mint julep and a sweet and citrusy twist on the old fashioned, two of the cocktail canon’s most iconic bourbon drinks. But because bourbon is the official American spirit, this liquor also suggests our plucky individuality with a dose of fun, so the other cocktails in this category mix things up a bit and take it beyond the bar. Cheers. 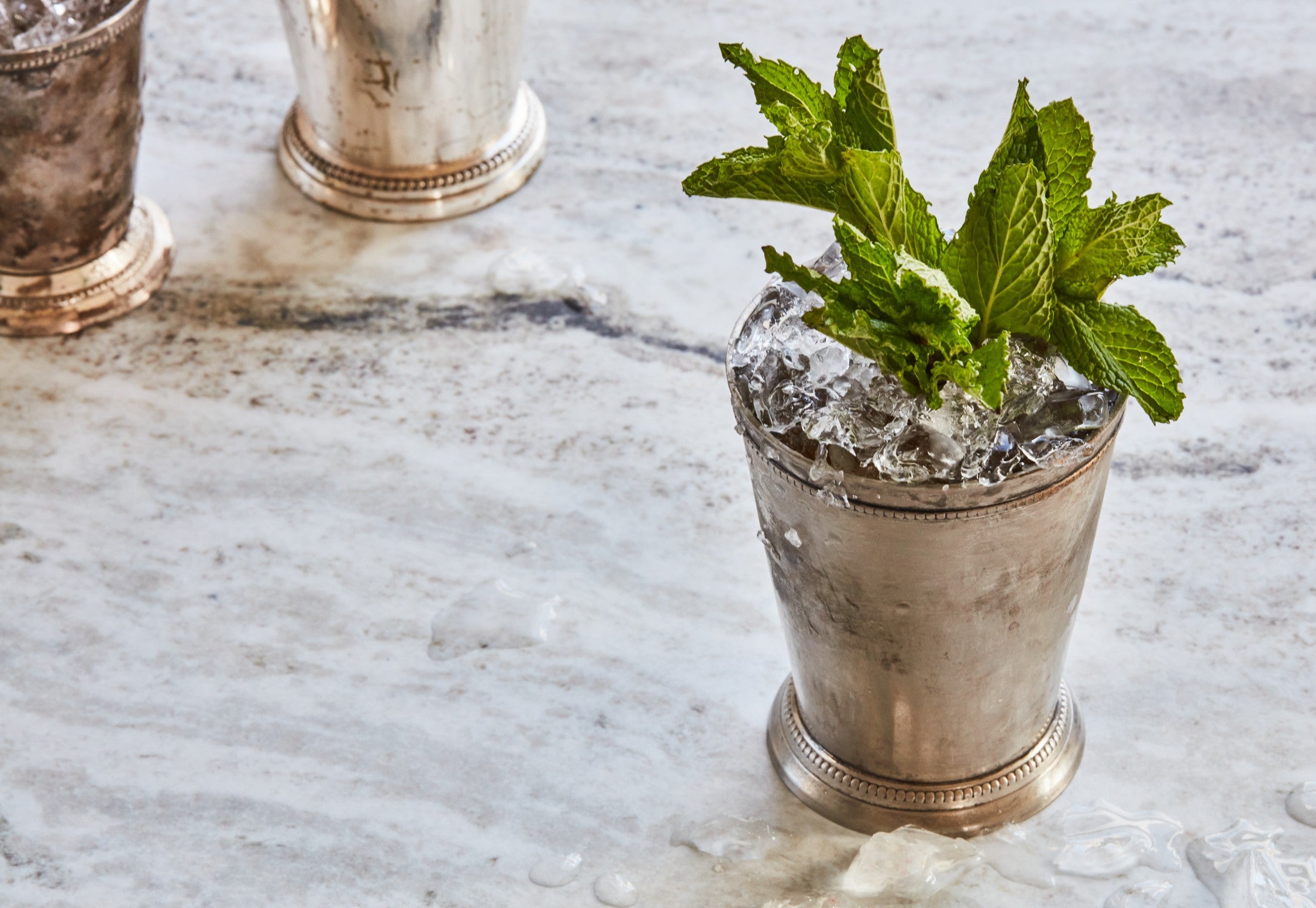 This version of the iconic Southern cocktail—which combines three parts bourbon to one part simple syrup, bracingly infused with fresh spearmint—is sanctioned by the Kentucky Derby as its official mint julep recipe. Get the recipe > 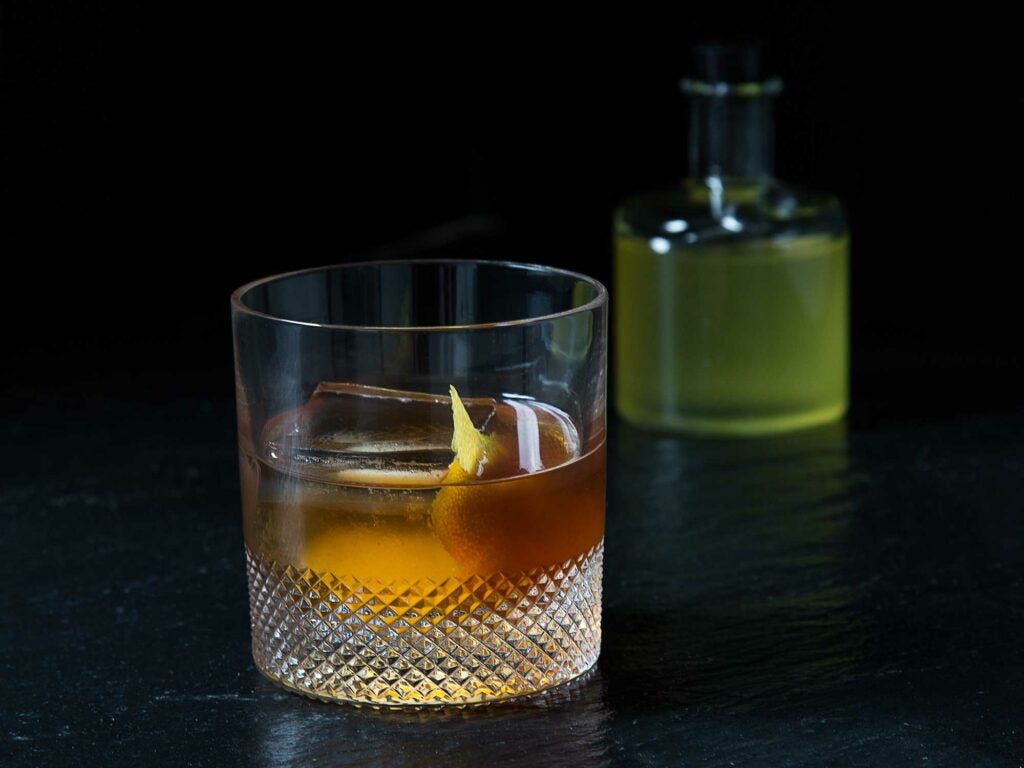 A proper Old Fashioned would become diluted and unappealing with juice, or with muddled fruit. But using an oleo saccharum as the sweetener brings in even more of those orange oils, for a drink where the citrus flavors are bright and powerful, without any juice to compromise the drink’s strength and clarity. Get the recipe > 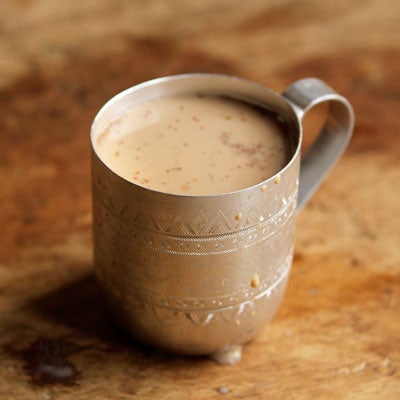 The rich, spicy warmth of chai is a perfect drink for a cold winter’s day—and it’s made even more warming with the addition of a bourbon like Maker’s Mark, whose notes of clove, vanilla, and caramel marry perfectly with the ingredients in the chai. Get the recipe > 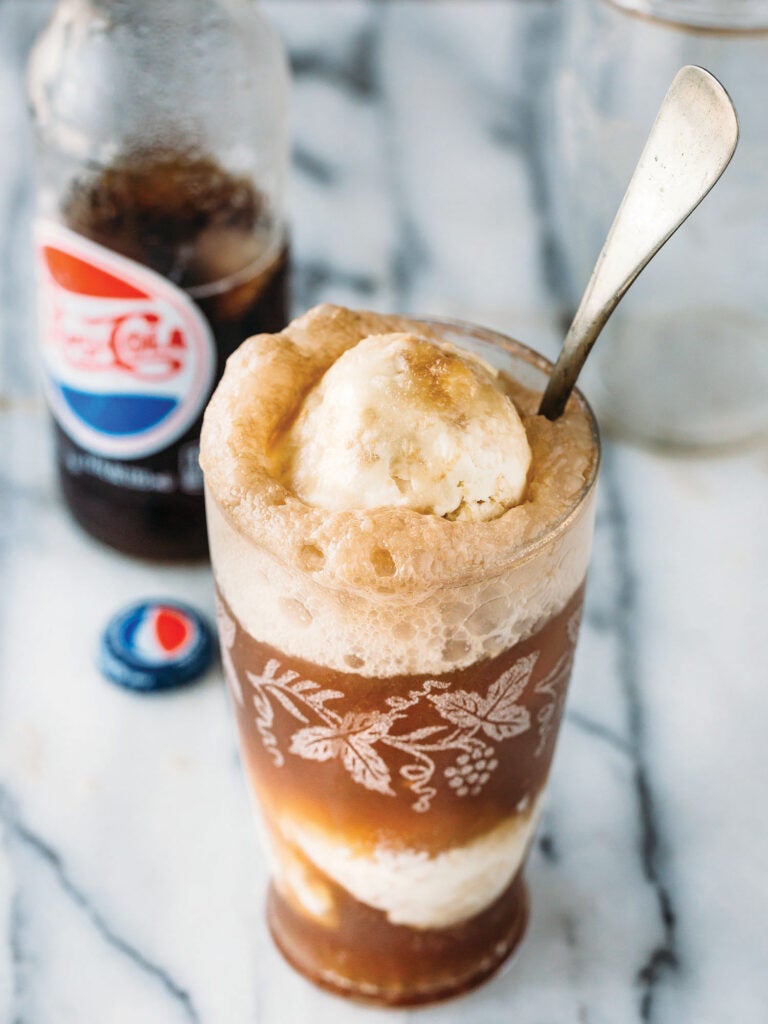 Peanuts in Pepsi, once a common tobacco field snack, is now a tall glass of fabulous. This foaming spectacle of sweet, salty, creamy, crunchy, and boozy is the gold standard of ice cream floats. Get the recipe >

Just because bourbon likes to hang out during cocktail hour and return for dessert doesn’t mean that you should eschew it during the main part of the meal. Lean on its mellow heat to balance a barbecue sauce or marinade, up the ante on the buttery roasted lobster, or add depth to sweet potatoes. And that’s just the beginning. 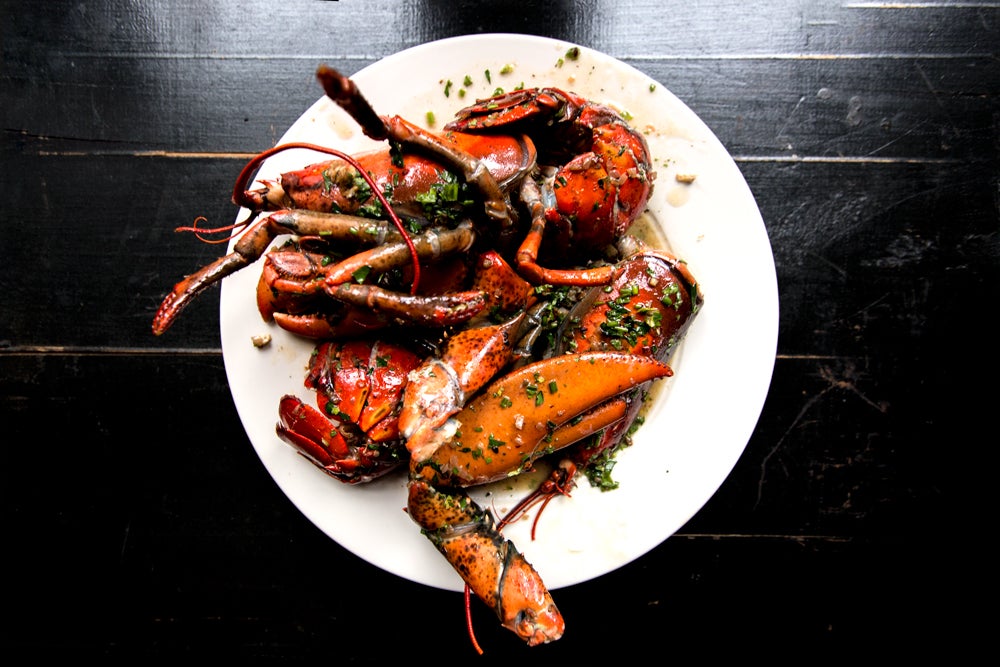 Loads of herbs, and butter make a lobster pan-roast even more lavish, a flambee with bourbon lends as much flavor as it does drama. Freeze your lobster for 15 minutes before splitting it in half to make it easier on yourself (and the lobster). Get the recipe > 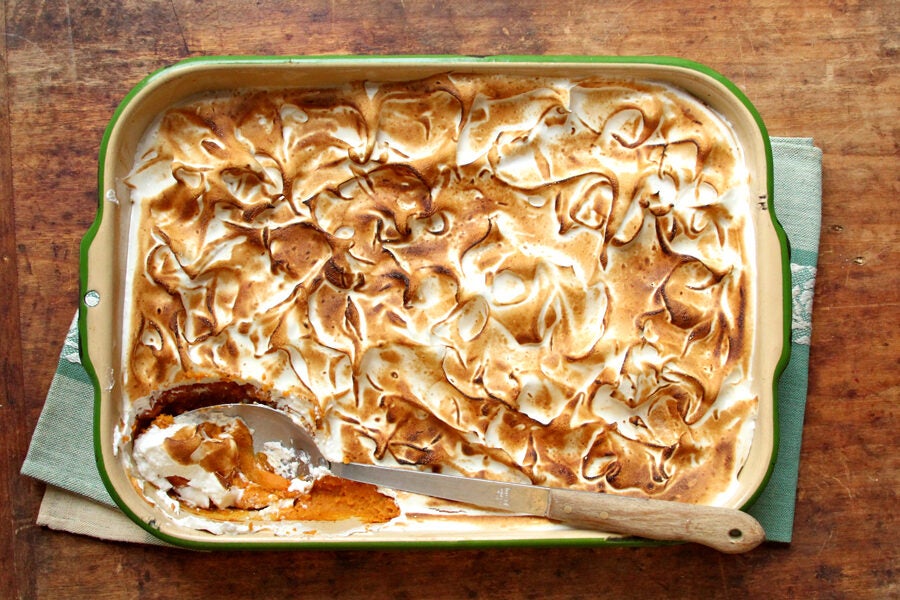 A variation of traditional sweet potato casserole this side gets its depth of flavor from bourbon and pineapple. Get the recipe > 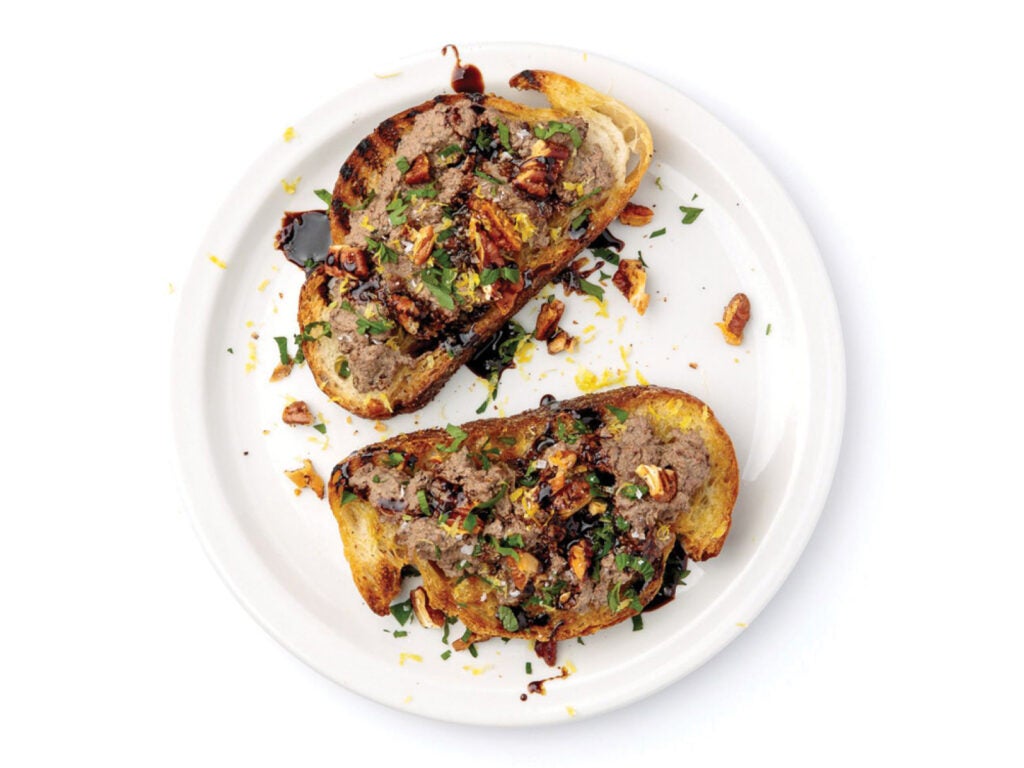 This Southern appetizer classic gets the Louisville treatment from the city’s own Proof on Main. Grilling the bread helps the bread stay crunchy through the cocktail hour. Get the recipe > 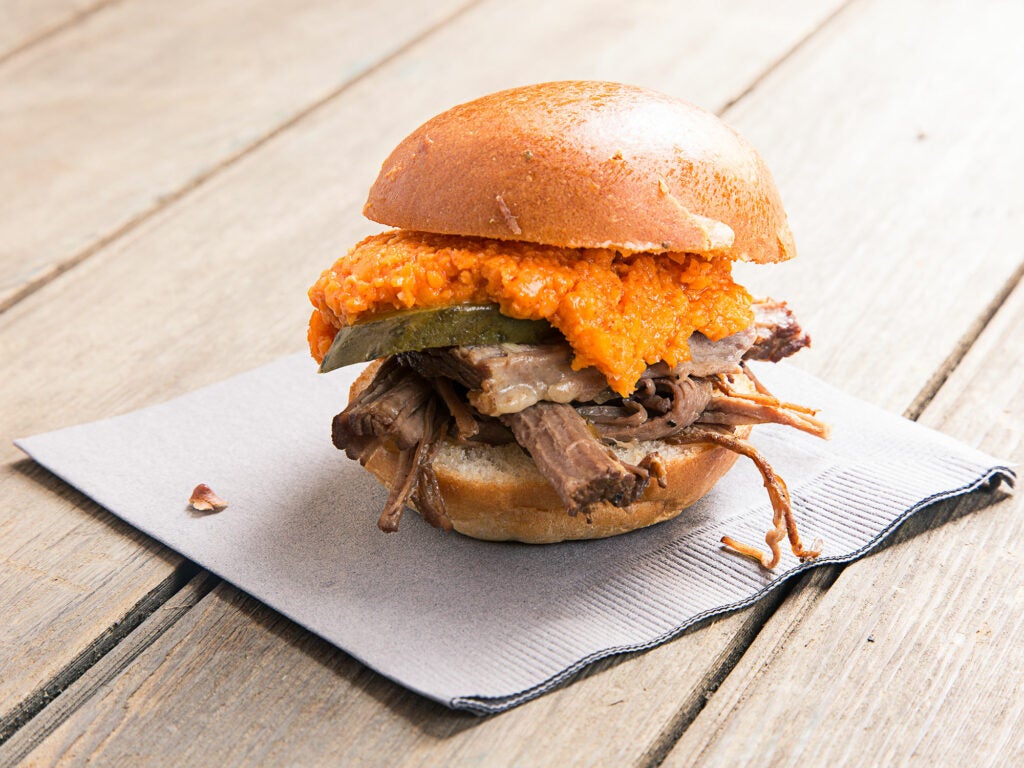 Stout, bourbon, and soy sauce create a potent umami braise for the brisket in these delicious sliders, from Chef Edward Lee of 610 Magnolia in Louisville, Kentucky, which are then topped with spicy pimiento cheese spiked with a Korean red chile paste called gochujang. Get the recipe >

Bourbon mash, by law, must be made from at least 50 percent corn, so it’s naturally sweet; the resulting distillate is then aged in new American oak, which lends its heady baking-spice flavor and aroma—a match made in heaven for many dessert. These five recipes showcase classic pairings, from chocolate and creamy butterscotch to pecans and peaches, and they’re a good primer to help bring a boozy dessert to the table.

This extravagant dessert—from author and editor Sarah Gray Miller—uses croissants and a generous amount of heavy cream. Soak the raisins in the bourbon while you assemble the rest of the dish. Get the recipe > 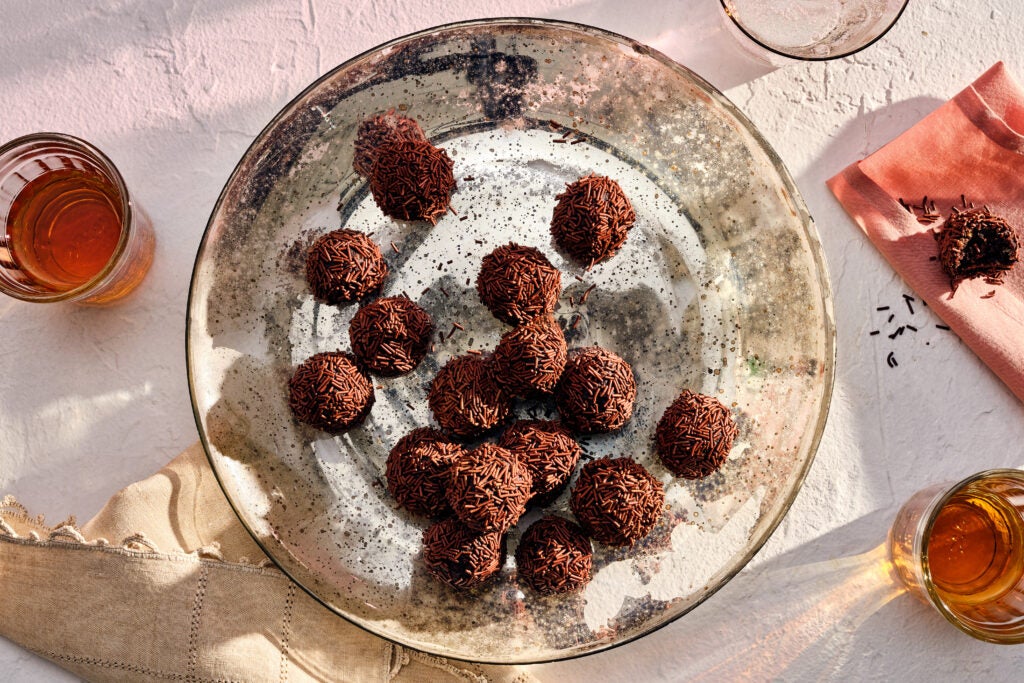 These chocolatey confections are what editor-at-large Shane Mitchell calls Southern truffles—”boozy and bad to the bone.” Get the recipe > 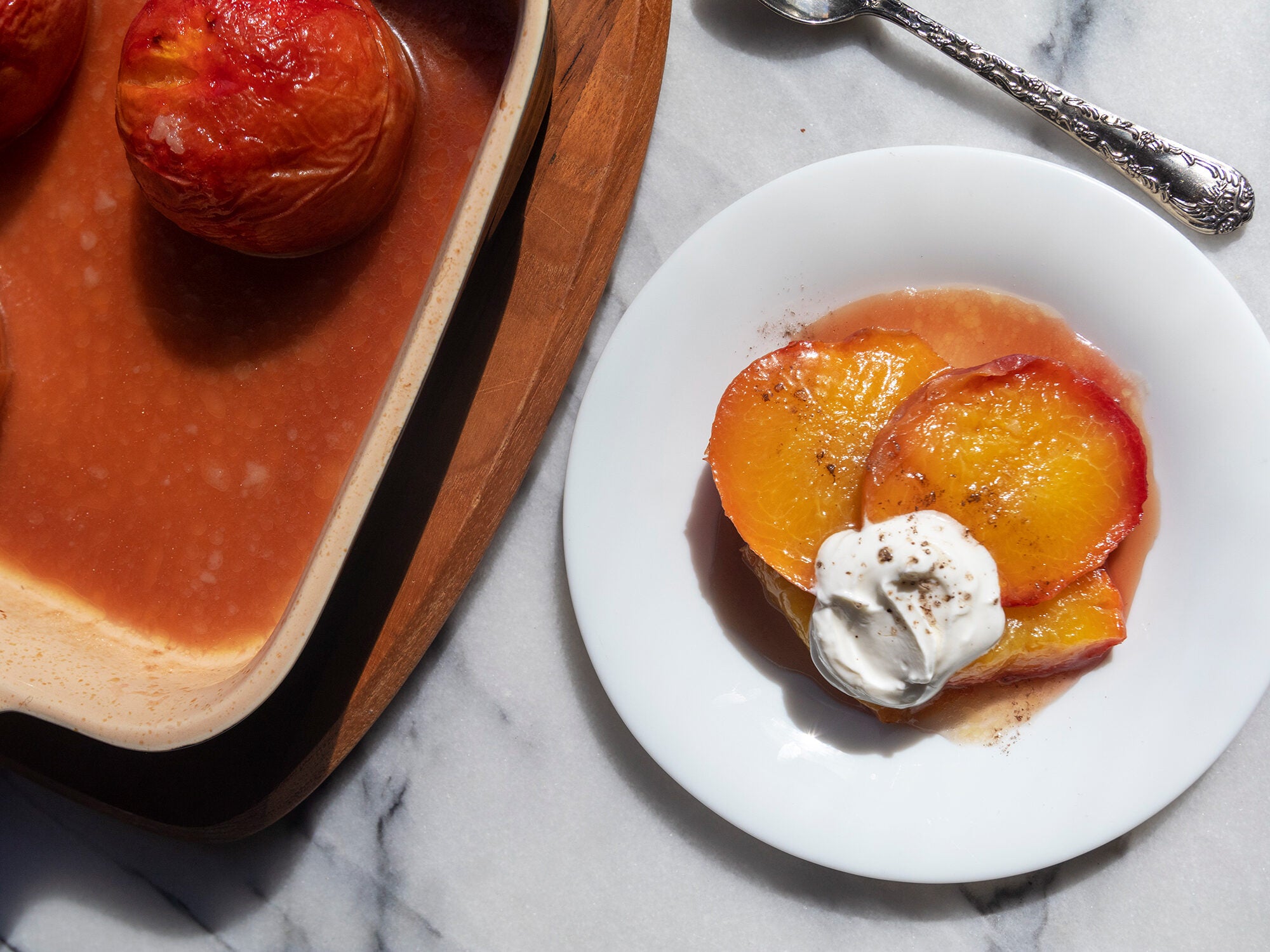 A handful of pantry ingredients—brown sugar, smoked salt, cinnamon, vanilla, and bourbon—transforms simple roasted peaches into a sublime summer dessert. Get the recipe >

A scoop of vanilla ice cream makes a wonderful foil for the bitter, intense dark chocolate in the filling of this pecan pie. Get the recipe > 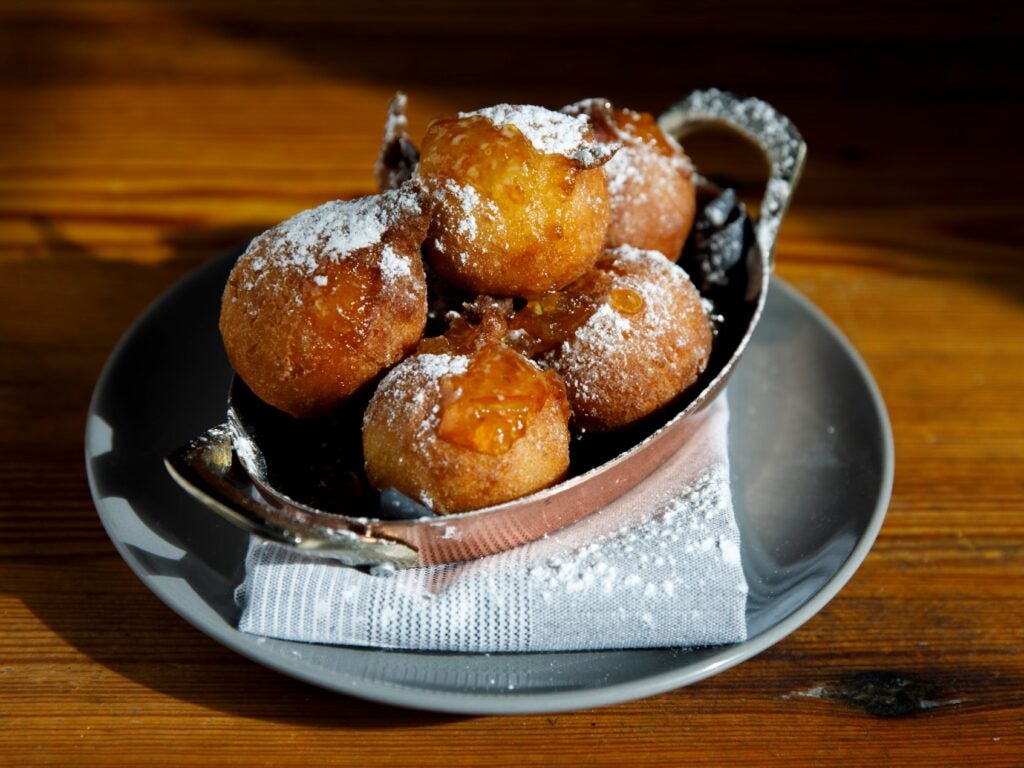 The use of chemical leavening—baking powder—makes chef Sara Bradely’s Kentucky riff on the classic Hanukkah donut recipe quicker and easier than old-school yeasted versions, while drizzling the warm donuts with boozy orange jam eliminates the need for fiddly piping bags. Get the recipe > 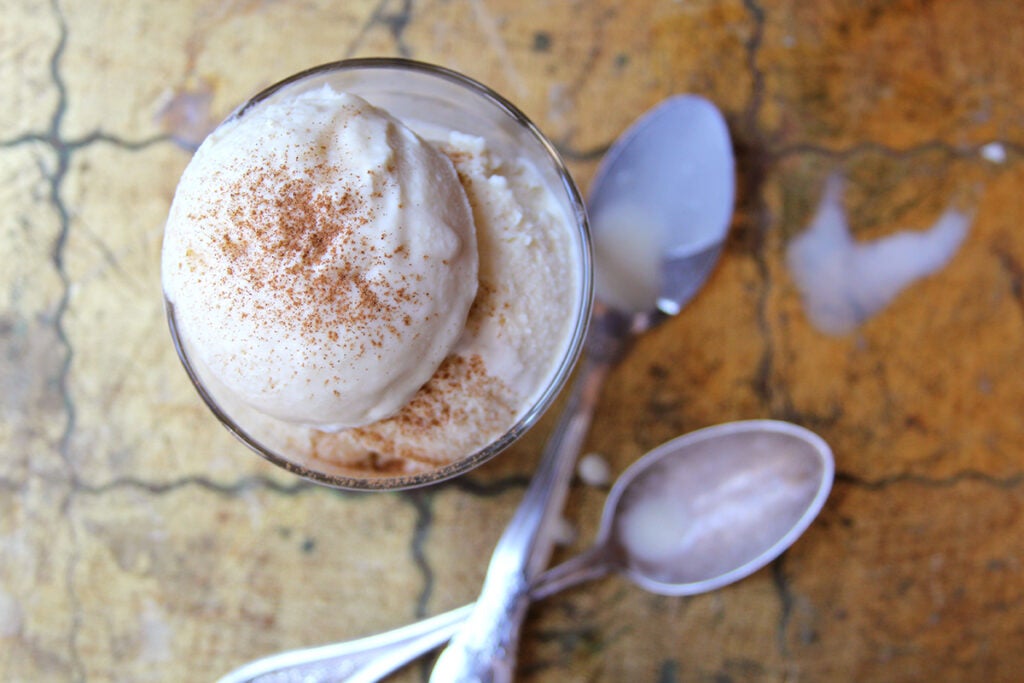 This grown up frozen treat pairs bourbon-laced custard with pockets of dense butterscotch. Get the recipe >