Michigan-based PizzaWala’s uses family recipes steeped in Indian tradition. After the pandemic halted efforts to grow, the concept is ready to franchise.

Family recipes are often the start of a beautiful thing. Passed down from generation to generation, they can define a family and encourage younger generations to get involved with everything from cooking to menu development. But for one Canton, Michigan family, those recipes were the start of a pizza business that is multi-generational and thriving.

PizzaWala’s launched in February 2012, then known as Curry on Crust.

“From 2018 onward, we said we’re going to take this concept and turn it into a brand. Really, we want to take it to the next level,” Darshan Patel, vice president of development, said in a phone interview.

In 2019 the restaurant rebranded. In India, a “wala” is a vendor, and “because we are experts in pizza, we are pizza walas,” Patel said.

The brand was getting ready to franchise but then the pandemic hit, ushering in an era of uncertainty for potential franchisees.

Now that consumers are becoming more confident in the economy, “we’re back on it and really pushing to grow out brand,” Patel said.

Today, the single-unit pizzeria still uses the recipes based on the Indian food for which the Patels are known.

While many pizzerias choose to open a few corporate stores before jumping to franchising, PizzaWala’s management team know they’re ready. In fact, they have a sister store to PizzaWala’s called Neehee’s that sells Indian vegetarian street food and has been in business for 16 years.

Neehee’s has multiple franchise locations, and “we took all that experience that we have from that and we applied to what we were doing in the pizza business,” Patel said. “Franchising is a whole different ballgame, so that’s where we really relied on our experience.”

Having been through the growing pains with Neehee’s, PizzaWala’s leaders feel certain it is ready for the next level. A franchise agreement has been signed for a New Jersey location, which management hopes to open this year. The brand is also focused on growth in the Midwest and further on the east coast.

To ready itself for franchising, PizzaWala’s set up its own supply chain and has built good relationships with its vendors.

“We’ve really put all that infrastructure together,” Patel said. “Now it’s just a matter of can we take what we’ve done at this location and replicate that whole concept?”

The answer, based on Neehee’s franchise efforts is yes, Patel said. All recipes have been standardized and the brand supplies its own spice packs so that all sauces and marinades are consistent. Patel said the brand’s consistency is what sets it apart from the competition.

PizzaWala’s motto is “Made Differently,” and the menu is steeped in Indian tradition. “Offering something that’s not found everywhere is absolutely a bonus” to getting customers,” Patel said.

Patel said his family has been making pizza at home since he was a child. Those Indian-fusion recipes translated well to PizzaWala’s, where customers enjoy flavors like tiki masala and tandoori. 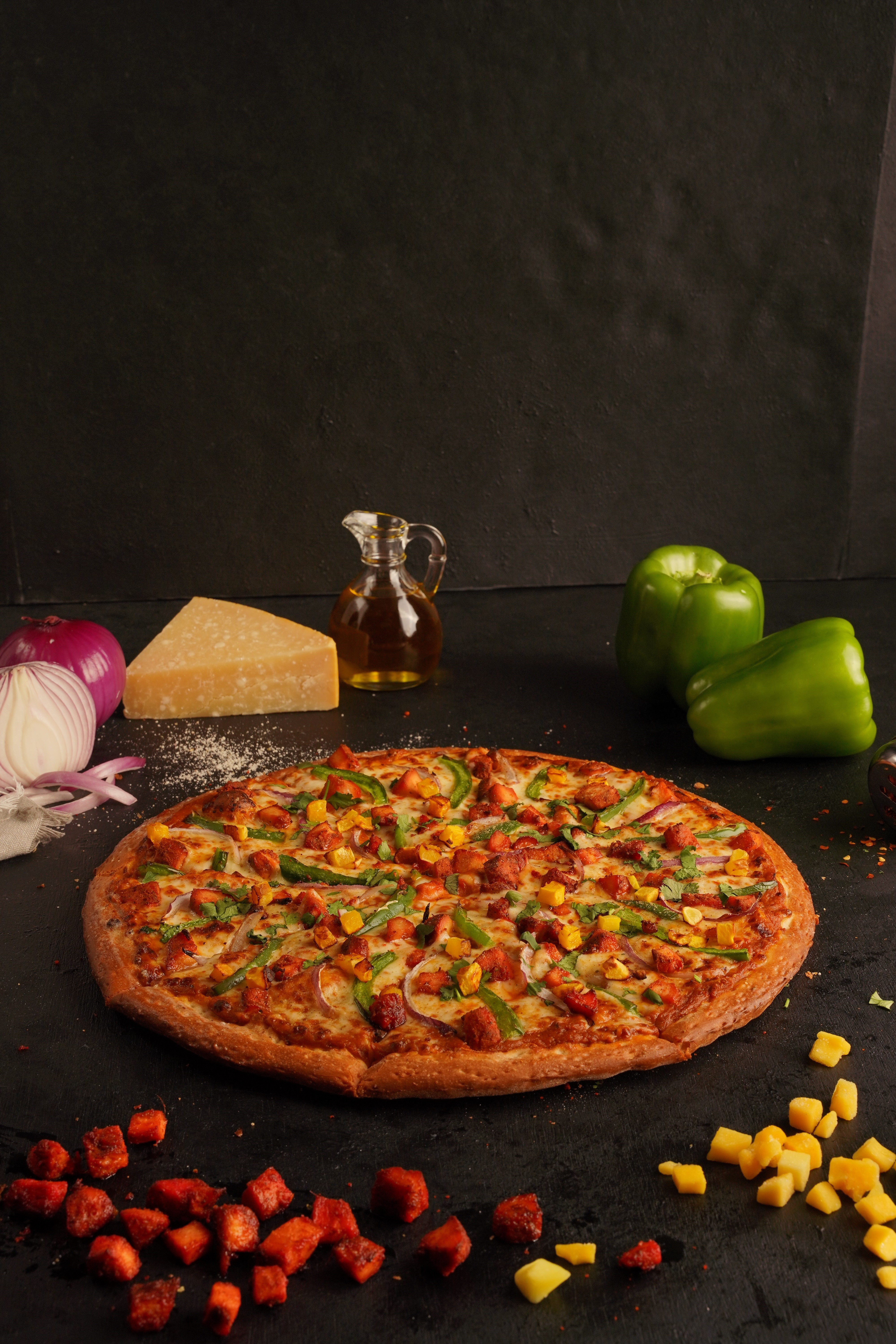 Somewhere along the line, a family member recommended making a pizza with paneer on it, a hard cheese that doesn’t melt but serves well as a meat substitute. Homemade pizza night went from one night every couple of weeks to multiple nights, and the family thought they could open a pizzeria with the family recipes. There was an open spot next to Neehee’s, and PizzaWala’s fit nicely next door.

The menu features pizza and wings predominantly. As much is made in-house as possible, including dough and sauces. Vegetables are cut fresh. Having its own supply chain for both brands, including several different Neehee’s locations, helps keep food costs down.

The company recently introduced pepperoni to their menu, having used a mainly chicken and vegetarian base.

The brand uses a conveyor oven for consistency and ease. It doesn’t require expertise to handle, Patel said. The brand is a carryout concept and uses third-party drivers for delivery.

Like most restaurants, PizzaWala’s has struggled with hiring during the pandemic, and Patel said “you have to put your mindset into the shoes of the typical employee who wants to make money and wants to be paid but at the same time wants to exert the minimal amount of effort.”

PizzaWala’s has looked at how to make operations more efficient and faster, like rearranging the makeline to reduce the number of steps it takes to make a pizza. Patel said that on a busy Friday or Saturday night an employee can take 10,000 to 12,000 steps just making pizzas. Reducing those steps and helping employees save energy became critical, as did finding and retaining staff.

“The pizza business is a very rewarding business,” Patel said. “You kind of get to learn about yourself. I think any restaurant business tests your patience and puts a mental strain on you at times, but when you’re able to take a step back and breathe and then approach your obstacles, that makes a huge difference. And when you come to realize that, you learn ‘hey. There’s a better way to do this.'”