In an unexpected and bizarre twist, Hollywood star Will Smith slapped presenter Chris Rock on stage at the Academy Awards 2022. Smith was offended by the actor’s comment on his wife Jada Pinkett Smith.

Smith, who went on to win the Oscar for Best Actor in a Leading Role, later apologised but was banned from the prestigious award event for 10 years.

Not long after the controversial incident, the actor visited India and was spotted at a private airport in Mumbai in late April. Following this, a photo of the ‘I am Legend’ star meditating in front of the Taj Mahal has gone viral on social media, claiming to be from his recent visit.

A tweet showed the picture and captioned it saying,”Why is Will Smith praying outside Taj Mahal? Does he think it’s a place of worship?” 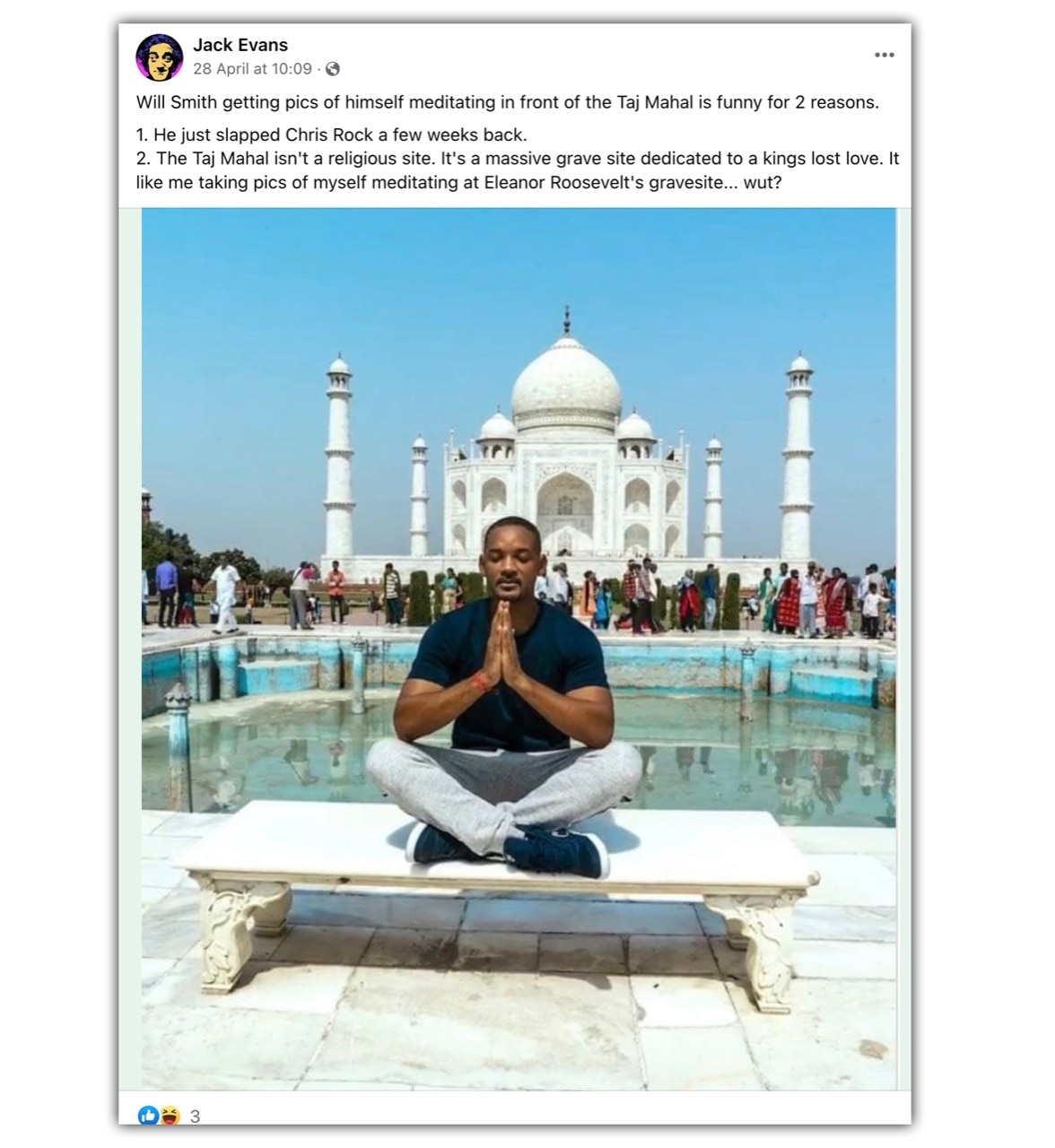 The India Today Anti Fake News War Room (AFWA) has found the claim to be misleading. It is a screengrab of a GIF uploaded on Will Smith’s official social media handles in 2018.

A reverse search of the viral image took us to media reports on the actor’s visit to Agra. However, they were all from 2018.

According to a report published by The Indian Express on October 11, 2018, Will Smith was in India to attend an event and shoot a dance number for the Bollywood movie “Student of The Year 2”. According to the report, he visited the iconic monument in Agra on Wednesday, October 10. 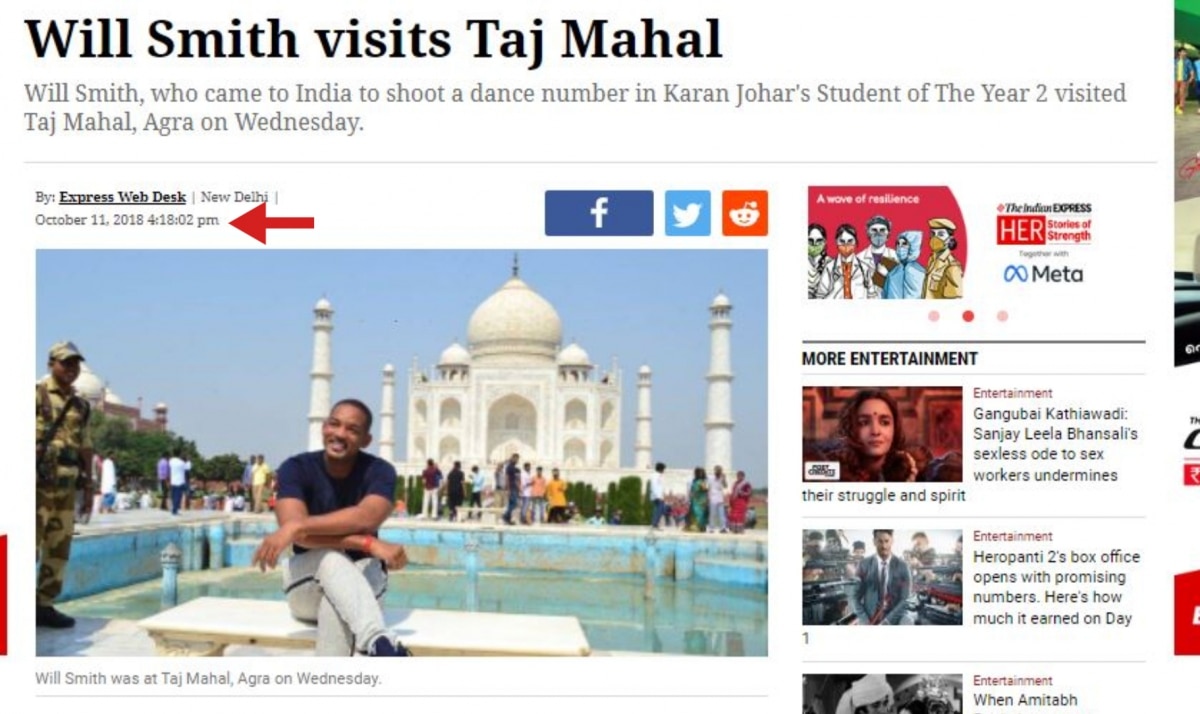 Google’s top results also included an Instagram post by the actor from October 11, 2018. It was a GIF of the actor meditating in front of the Taj alongside a write-up that briefed the history of the monument.

We learnt that the image viral as from Will Smith’s recent India trip is a screenshot of this image. The actor was seen donning the same dress in both the images and a red thread can be seen tied on his right hand.

We also found that Will Smith had uploaded the same graphic on his Facebook page as well, along with the same caption.

This helped us to conclude that the image is old and the viral claim is misleading.

Next, we tried to find out if the actor visited Agra during his recent India trip. According to a report by Wion on April 27, 2022, the duration of the star’s visit was undisclosed. It said the trip was spiritual and Smith would visit Sadhguru, who is known to be close to the actor. However, Sadhguru’s media relations team later confirmed that the two didn’t meet as the spiritual leader was on a global tour.

While multiple media sources reported Smith’s arrival in India as his first public appearance after the Oscar episode, we couldn’t find any reports on him travelling to Agra.

Hence, we conclude that an old photo of Hollywood star Will Smith at the Taj Mahal is shared on the backdrop of his recent trip to India.

(With inputs from Yash Mittal in New Delhi) 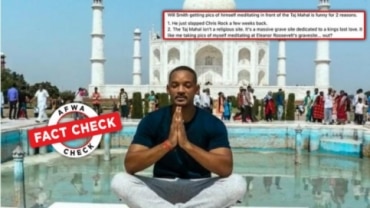 ClaimPhoto of Hollywood star Will Smith when he visited the Taj Mahal during his recent visit to India.ConclusionWill Smith arrived in India earlier in April. However, this image was taken in 2018, when he visited Agra during his visit to act in the Bollywood flick ‘Student of the Year 2’. The actor had shared the same on his social media handles.

The number of crows determines the intensity of the lie.

People with weakened bones urged not to be ‘afraid of exercise’

People with weakened bones urged not to be ‘afraid of exercise’

Pope’s recipe to heal his painful knee? A shot of tequila

May 17, 2022
Watch: Sanya Malhotra works out with ‘sliders for core strengthening and balance’

Watch: Sanya Malhotra works out with ‘sliders for core strengthening and balance’