WATCHING the clock might not seem romantic, but there’s a perfect amount of time for everything in life – including sex.

We revealed yesterday that a Cambridge University study found seven hours sleep to be the ideal amount needed to feel energised and ready for the day ahead.

But how long should we spend on other tasks, like exercising and eating?

Hayley Minn reveals the timetable to stick to if you want to do everything right by the clock.

WE all yearn for a never-ending holiday, but apparently that would be far from perfect.

A study by the University of Tampere, in Finland, suggests that eight days is the ideal to achieve the maximum amount of relaxation and happiness away from everyday life, without growing bored or homesick.

MOTIVATING ourselves to take some exercise is not always easy – but it is recommend by experts at Public Health England that we get at least 150 minutes a week.

A daily workout should total 21 minutes, and this can be anything from a simple walk to a HIIT (high-intensity interval training) workout in the gym. 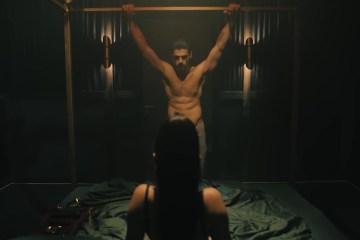 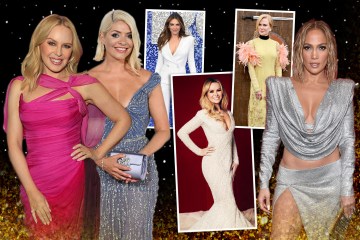 WORKERS here have the right to one uninterrupted 20-minute rest break during their day, if they are on a shift of more than six hours a day.

While some lucky people are granted up to an hour, that’s apparently still not enough.

He said: “After a break you get a period of great mental energy. You can have two awesome hours of work.”

HOLLYWOOD films seem to be getting longer, with The Batman, No Time To Die and Dune running just shy of three hours – leaving us desperate for the loo.

But YouGov research reveals 55 per cent of us think the ideal film length is two hours, with the most popular running time between an hour and a half and two hours.

The average movie length is 131 minutes.

IT’S extremely easy to slip into the bath and stay in there until you’re all sweaty . . . and ready for another bath.

However, a study published in the medical journal Sleep Medicine Reviews has revealed that only ten minutes spent lying in the tub is just enough time to reap the sleep-promoting benefits of a good soak.

IT takes just under an hour to get to know someone on a first date and decide whether there’ll be a second.

According to Cosmopolitan mag: “57 minutes is perfect to grab one round of drinks, sip down one coffee and figure out if your date has any sisters or not.”

Saying you’re too busy to date is no longer an excuse!

WE are led to believe that the best sex should go on for hours and hours, yet it should last less than 15 minutes.

Pennsylvania State University in the US reckons penetration should last between seven and 13 minutes.

The Journal of Sexual Medicine wrote: “We hope to dispel such fantasies and encourage men and women with realistic data about acceptable sexual intercourse, thus preventing sexual disappointments and dysfunctions.”

THERE’S always something on the box to keep us entertained, but mind that binge viewing.

Watching more than two hours of telly has been linked to health problems.

A 12-year study by Biobank, a health research project, found that those who watched less than two hours of their favourite TV shows each day had the lowest overall health risks.

HAVING a cuddle from mum or dad seems to make everything better, even when you’re an adult, but just 20 seconds is the optimum time for hugging little ones.

Scientists from Japan’s Toho University found that a hug lasting longer could be irritating for tots.

Their study said: “It was almost impossible to avoid an infant’s bad mood during a one-minute or longer hug.”

MOST people don’t have the luxury of deciding how long they will have to work, but if you do, then the perfect amount of time to focus most effectively is 52 minutes.

After that, if you take a 17-minute break then your productivity will go through the roof, according to the time-tracking app DeskTime.